During the Midwest February I usually inspect at least one property where the utilities are off and the copper pipes have ruptured due to freezing. I am forced to consider, PEX vs copper ? 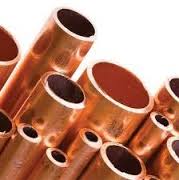 Copper tubing has been the standard for plumbing requiring a certain skill-set for installation. This is a job you can do yourself, but it does require training, practice and specialized tools.

Copper has natural attributes that make it ideal for plumbing. It creates a biostatic atmosphere which prohibits bacteria growth. It also resists corrosion and is unaffected by ultraviolet rays, which allows you to use it outdoors.

Copper does have a few disadvantages. Copper has become expensive, whereas PEX is typically about one third of the cost. It can still corrode based on the pH levels of water, and if you live in a cold climate, frozen water can cause copper pipes to burst. Because of it’s value, copper often gets stolen from empty or abandon properties creating a great expense for the next owner.

PEX (Cross-linked polyethylene) was introduced in the US around 1980 and has become commonplace for re-piping and plumbing repairs.

PEX popularity can be attributed to many factors:

Installing PEX tubing can be done with cinch or crimp rings and a cinch clamp tool or compression or stab-in fittings, either technique is easier and less toxic than sweating copper.