In most parts of the country, homeowners are used to having a sump pump in the basement. They’ve been around a while and they play an important role in keeping a basement dry.

In many homes, particularly in those with finished basements, there is often what appears to be a second sump pump, often located near the sump pump. It is often bigger, or at least very similar, to the sump pump and some homeowners are perplexed as to why it’s there and what it does. 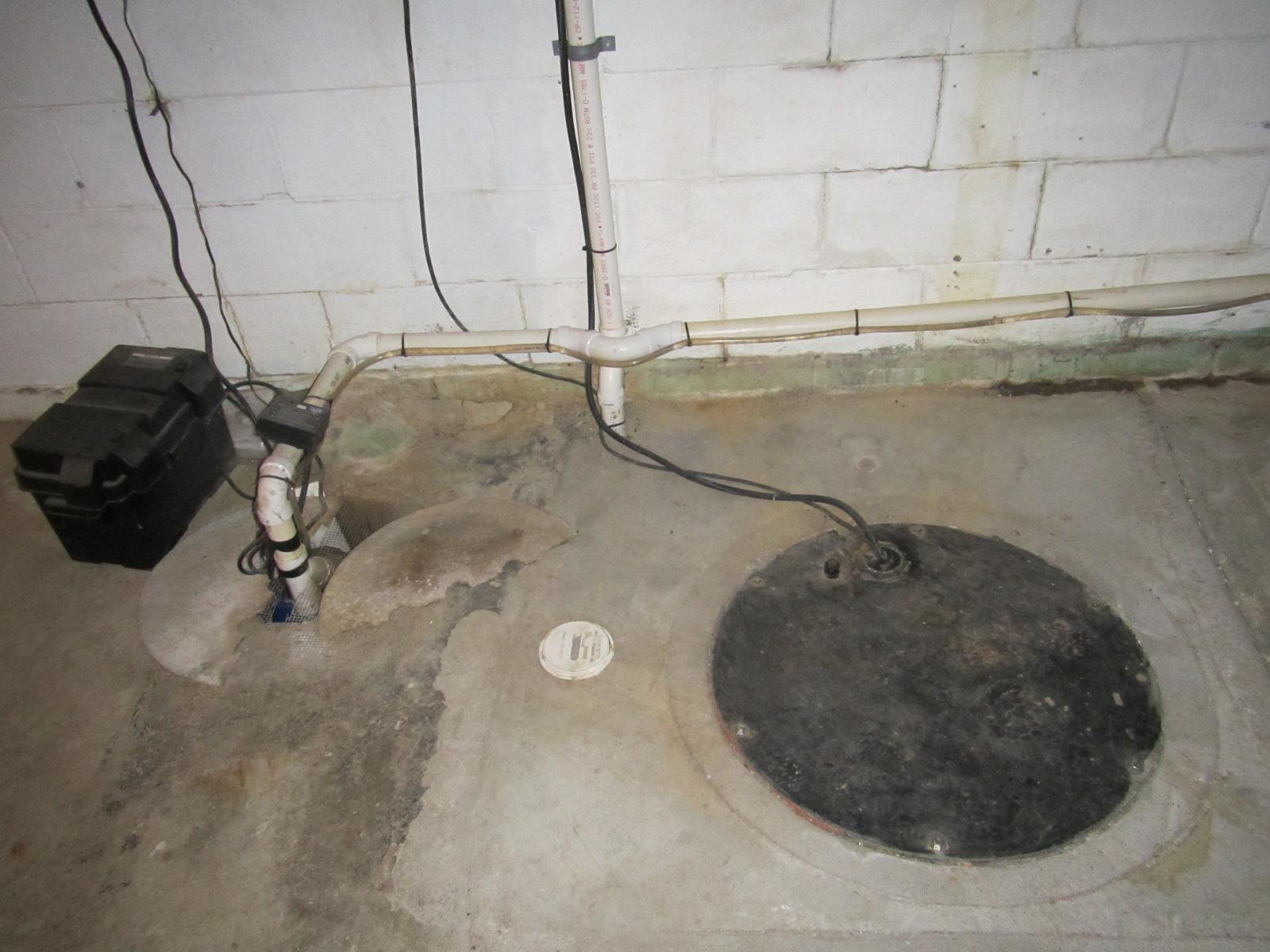 In fact, this second pump is usually an ejector pump and, although it performs the same basic function as a sump pump in removing water from the basement, the source and destination of that water are far different.

So, What’s the Difference between a Sump Pump and an Ejector Pump? Sump pumps and ejector pumps are both important parts of a home’s water management system and a malfunction of either can create a destructive mess.

A sump pump is a small, often submersible, water pump that is located in the basement in a sump basin, a cylindrical container at least two feet deep that is set into the floor. Typically, there will be two inlets in a sump basin that connect to either end of a drain tile system, either interior or exterior. Water collected by the drain tile flows to the sump basin and accumulates there until the level rises high enough to trigger the sump pump’s float switch.

The water that collects in the sump basin is ground water, that is, water from the soil surrounding the home’s foundation and is typically clear and cold. When the sump pump is activated, it pumps the water out of the basement through a discharge pipe and delivers it out onto the lawn, into a municipal storm sewer or a dispersal device like a dry well.

If a sump pump fails or is overwhelmed, the basement will flood; they typically have battery back-up pump systems alongside.

An ejector pump often looks just like a sump pump and is also installed in a basin in the floor. Rather than collecting ground water from drain tile, the ejector pump’s basin will accumulate water from floor drains, “grey water” from a washing machine and/or sink or, when the home has a below-grade bathroom, waste water.

An ejector pump that processes waste water will have a sealed lid on its basin and a vent pipe to handle sewer gases. A pump that handles only gray water and/or water from floor drains will probably have a lid but no vent. In either case, the discharge pipe from an ejector pump will always be connected to a sanitary sewer line just like the home’s plumbing fixtures. A failure of an ejector pump will create some flooding, although the volume of water is generally smaller; the presence of raw sewage or other dirty water may create a health hazard and the affected area must be cleaned and disinfected.

If the indicators aren’t clear, a homeowner can identify an ejector pump by flushing a basement toilet or running water in a sink. Either should trigger the pump.

Ejector pumps are often installed by plumbers who typically offer a limited selection and depend on repeat visits for maintenance. Sump pumps are usually installed by basement waterproofing contractors who offer a wider range of longer-life pumps and who are experts at removing water from a basement, regardless of its source and can offer homeowners more option for ejector pumps as well.